Meet Nick Abbot, a deaf guy of 31 years. Nick was on Facebook a few weeks ago when he came across a post from NFR Maine, an animal rescue group in his area. It featured Emerson, a “incredible” dog who overcome a severe disease as an abandoned baby that left him deaf. 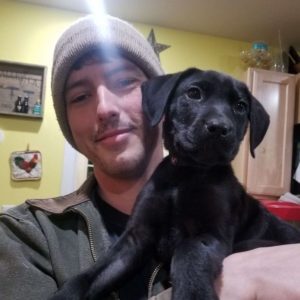 Emerson was the only one of his litter who hadn’t been adopted – until Nick Abbot appeared in his cape. “He came directly to me at the entrance, sat at my feet, and stayed there,” Nick told WABI. And that was true love at first sight. When Nick arrived at the shelter, 12-week-old Emerson ran up to him and clung to him the entire time. Nick described the encounter by saying that he “knew right then and there” that he and Emerson “would get along and understand one other quite well.” Nick began teaching Emerson sign language once the couple had settled into their new home, and the dog is catching on like a pro. He already knows how to say “sit” and “lay down!” When questioned about his new four-legged friend, Nick said, “The relationship that we have is wonderful.” He raved about how well they understood “one other” and commended Emerson for being “unique.” 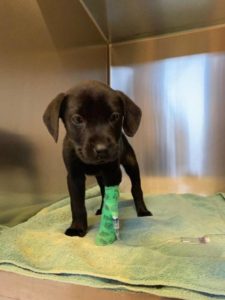 “We really had an extremely difficult time finding him the PERFECT home,” NFR said on Facebook. “Nick expressed interest in Emerson since he, too, is deaf! Nick expressed an interest in meeting Emerson since they would understand each other due to their similar hearing issues. “When Nick and his mother entered the home to meet Emerson, Emerson made a beeline for Nick and sat at his feet. That was all that was required. I was convinced that this was fate, and that these two were meant to be together.” 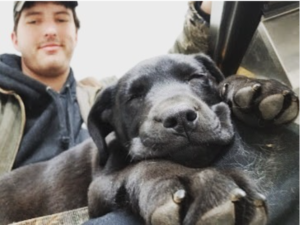 Stats on Pet Adoption That Will Astound You Adopting a pet is a win-win situation for both people and the animals we welcome into our homes.