Early last Monday morning, Beckyjean Widen’s parents awoke to find a wall of fire bearing down on their home in Santa Rosa, California. With just minutes to escape, the couple rushed to grab their beloved dog, Izzy, to carry along with them to safety — but in the panic, the pup ran away. Sadly, as the flames approached, they had no choice but to flee without her. 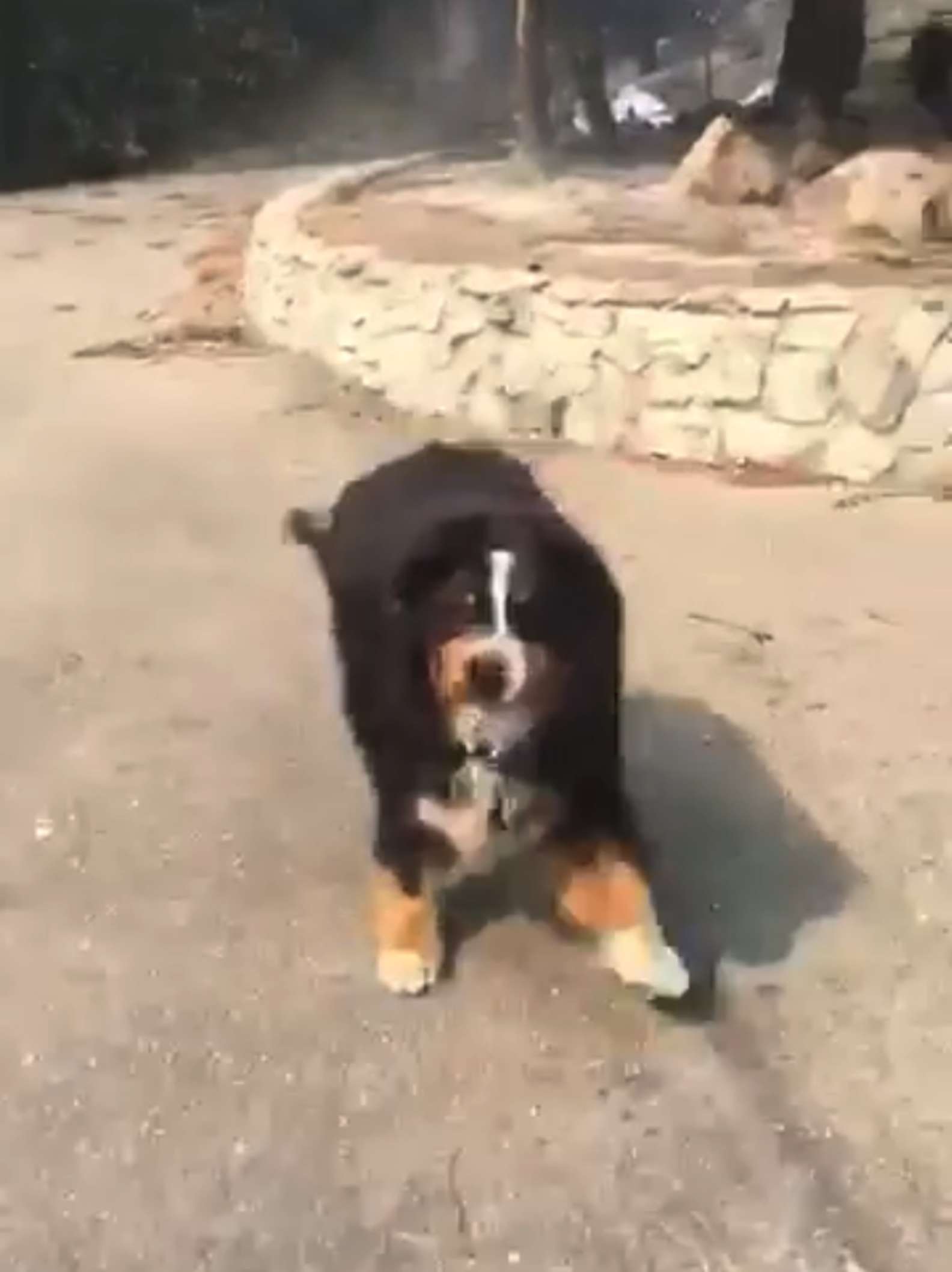 “They lost everything, but my mom was most devastated about leaving Izzy,” Widen wrote online.

But then something unexpected happened.

Days after the fire passed, Widen’s brother Jack Weaver, along with her husband, Patrick, hiked in to survey the damage to her parents’ house — and, she wrote, “to see if by some miracle Izzy survived.” Amazingly, the dog had indeed survived, and she couldn’t have been happier to be discovered.

Here’s footage taken of the men approaching the property, debris still smoldering and smoke clouding the air. (Skip ahead to around the 3-minute mark in the video to see the lead-up to them finding Izzy.)

Despite having lost their home, Widen’s mother was described as “the happiest person” after learning her dog was alive and unharmed.

The Associated Press later caught up with Weaver, Widen and Izzy to learn more about their joyous reunion: “It was one of the greatest moments of my life,” Weaver said.