Meet this adorable cat named Mauri. He loves veggies a lot and his owner Heli tells he is such a curious cat.
Also Mauri is considered as the cucumber-loving cat.

Heli has told Bored Panda that cat loves a lot lettuce and other veggies but cucumber is his favorite.

“Ever since Mauri was a kitten he has always been very curious about any food I am preparing and usually he gets a taste of some cheese or meats. My usual sandwich has cucumber slices on top of it so eventually, he would be curious about that too and since I know cucumber is safe for cats to consume so I would give him a little bit of it every now and then. I think he likes how crunchy it is, because sometimes Mauri likes to crunch on iceberg lettuce too, but obviously not as much as he loves cucumbers.” 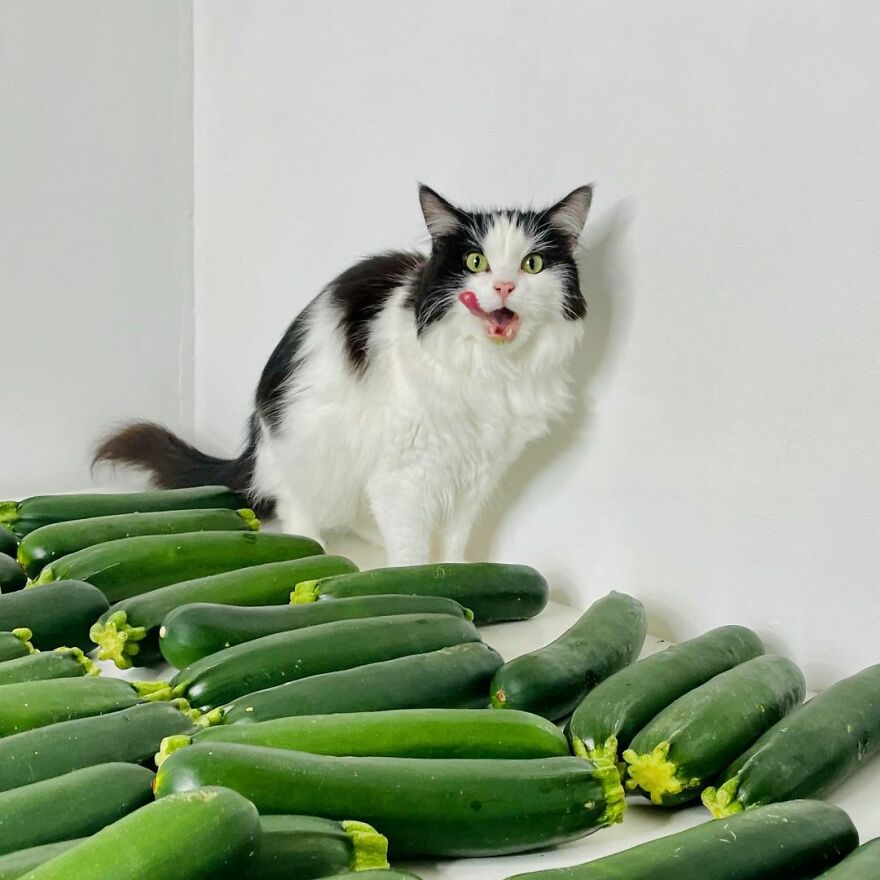 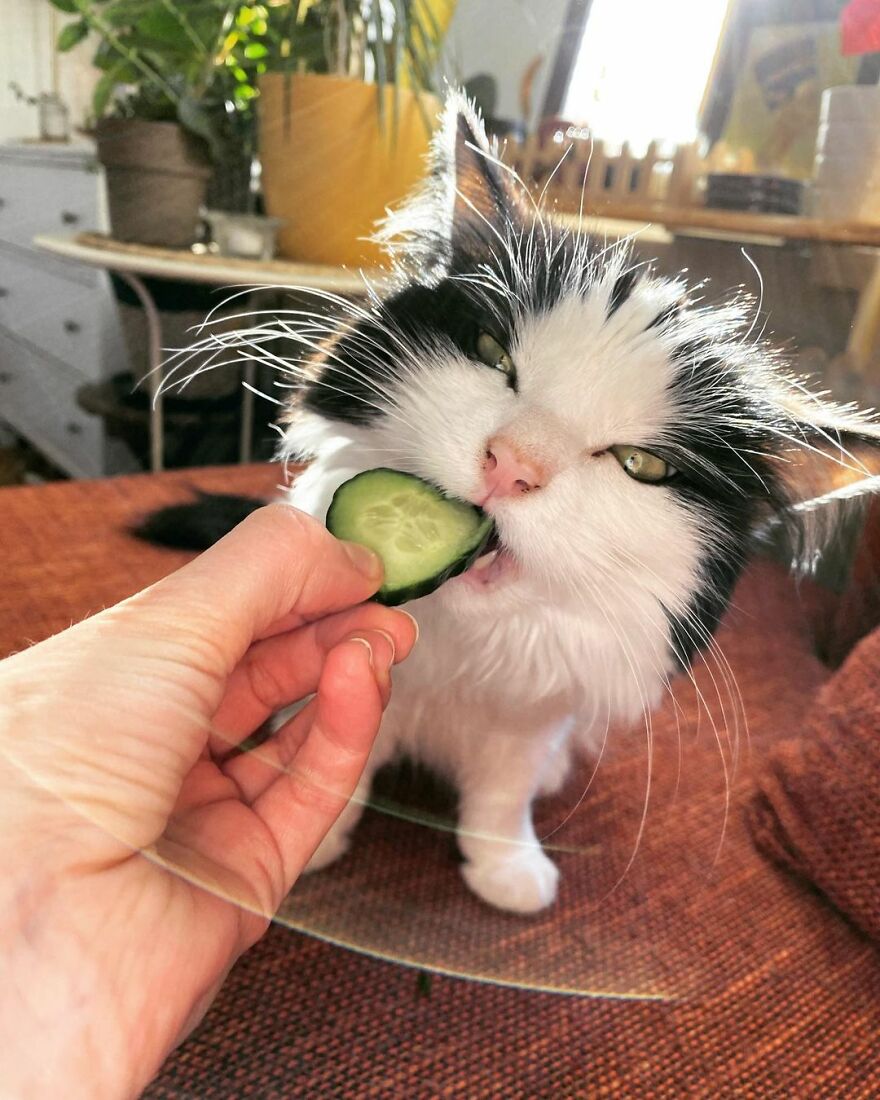 Cat is from Finland and lives with his owner. He is such a cute boy and a lovely feline.

What do you think about Mauri?