Juniper the fox became an Internet sensation after she confused a white bed sheet with snow. The happy pet fox won many people’s hearts with her playful antics and sweet smile.

As it turns out, the pretty fox has an equally adorable best friend named Moose. He’s a rescued Australian Shepherd/Malamute mix who became her friend from the moment her mother brought her home. 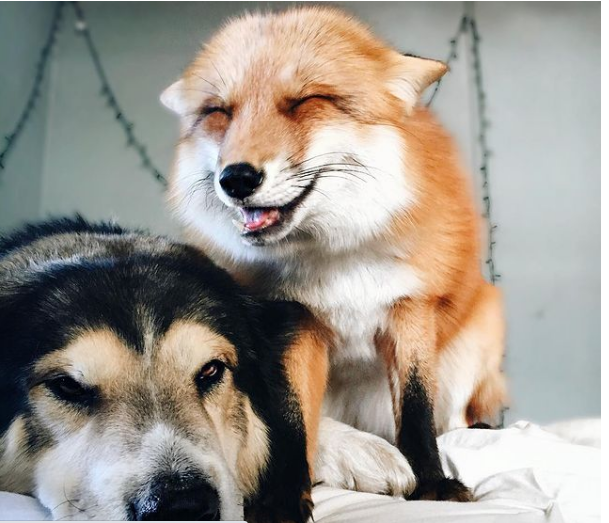 “Foxes are not like dogs. While they may display some characteristics similar to dogs these animals have not been bred to want to please people, while dogs on the other hand have.”

Moose has known Juniper since she was a baby. 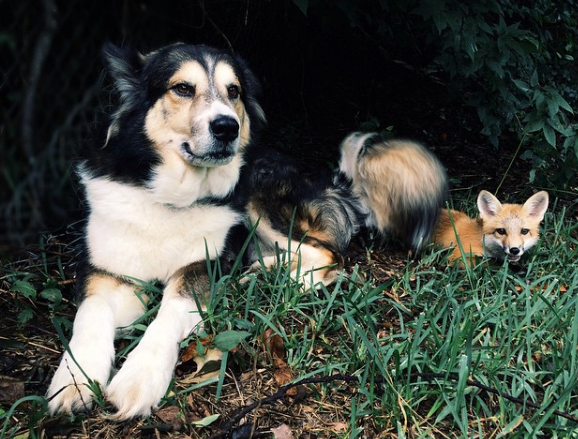 “Juniper LOVES dogs, but most dogs do not love Juniper. In fact, most dogs become stressed and uncomfortable around foxes,” explains Juniper’s mom.