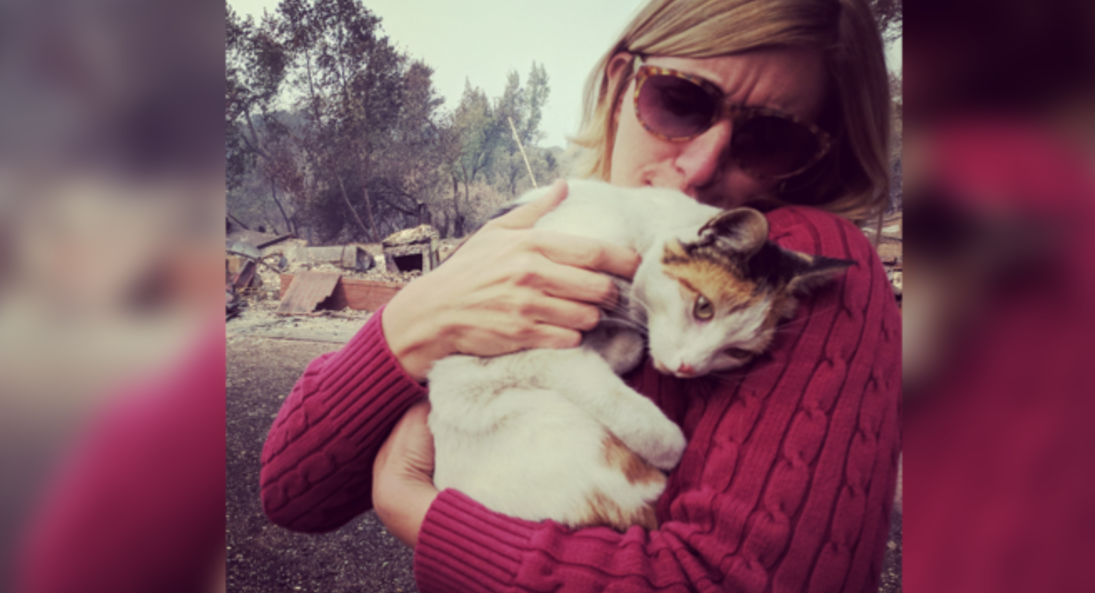 Laura Ringenberger worried she’d never see her family’s cat again — and that was terrifying to her.

Two Sunday nights ago, Ringenberger, her husband, their two kids and a few visiting relatives were in their home in Napa, California, when they were told they had to evacuate.

“When we got that phone call, we didn’t think much of it,” Ringenberger told The Dodo. “But when we walked outside, the moon was pink, and we were staring at raging fires across the way.” 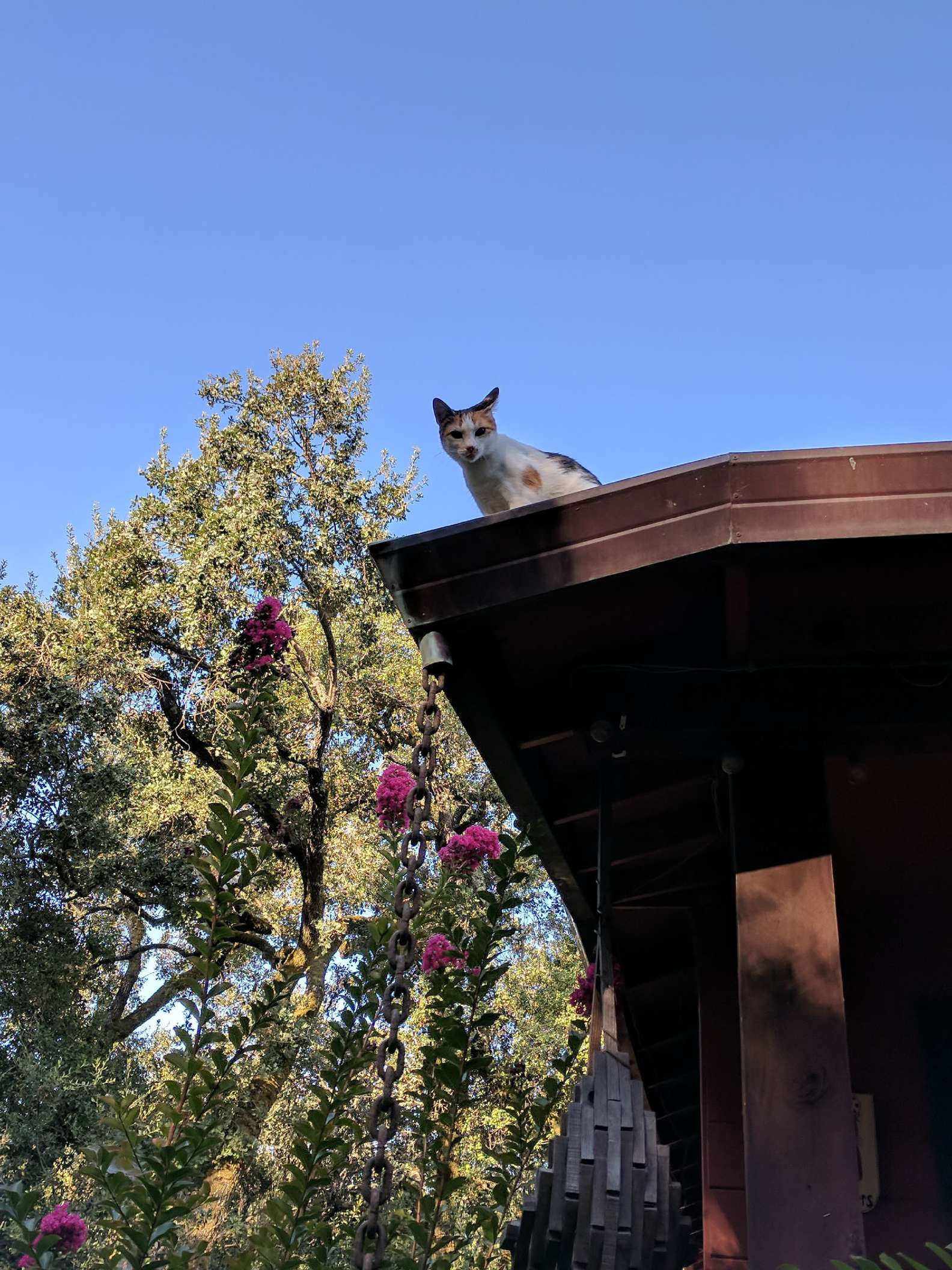 Ringenberger and her husband hurried to get their kids out of bed, and sent them away to safety with their relatives. But Ringenberger didn’t want to leave without Kitty Kitty Star, who had been part of their family since she was a small kitten.

“My husband was knocking on our neighbors’ door to make sure they were up and moving — they were an older couple,” Ringenberger said. “While he was doing that, I was calling for the kitty. I called for 15 to 20 minutes.” 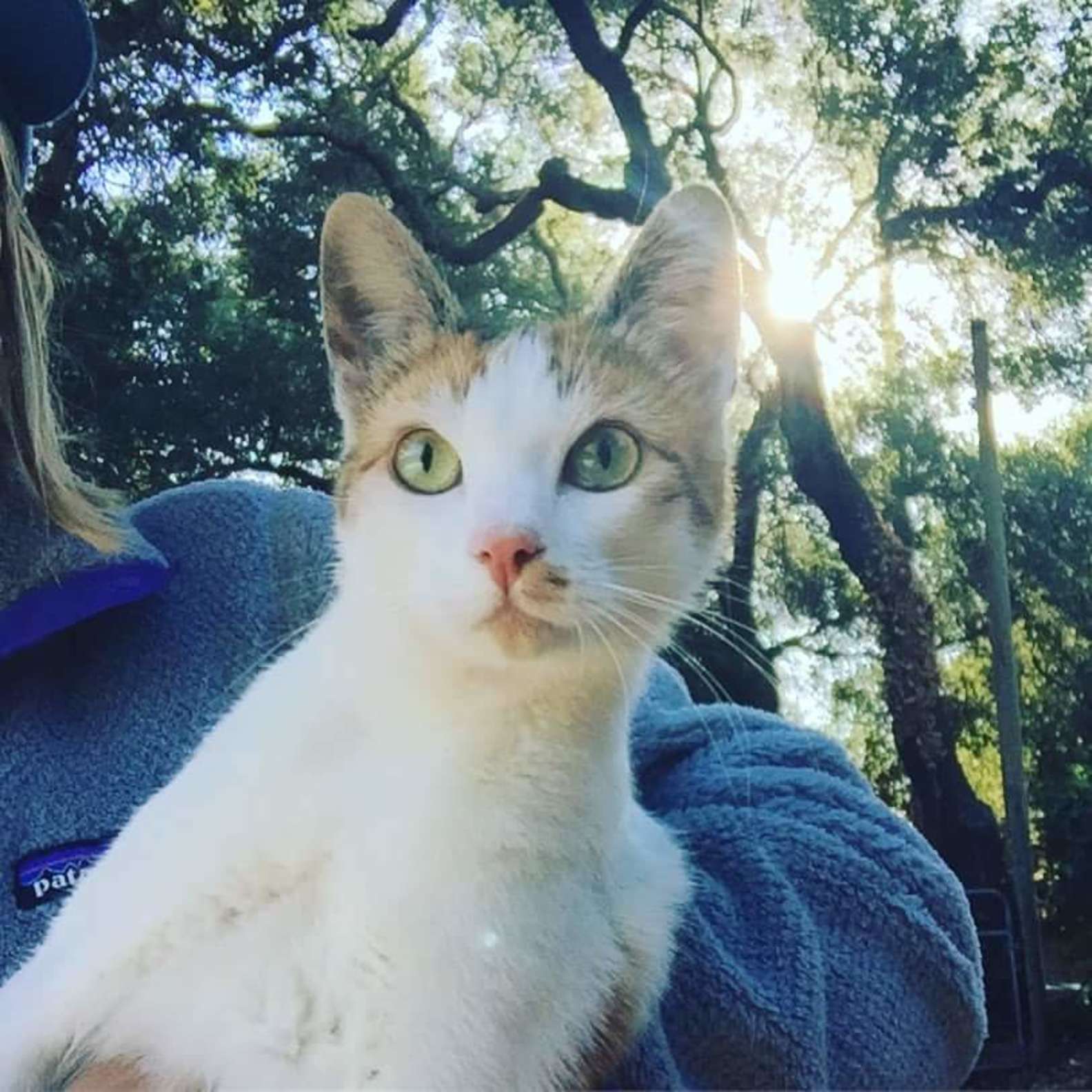 But Kitty Kitty Star, who was primarily an outdoor cat and spent her nights exploring, didn’t turn up. Meanwhile, the fires grew closer and closer.

“I did not want to leave her,” Ringenberger said. “None of us wanted to leave her, but it was a life or death situation. People have died in these fires.” 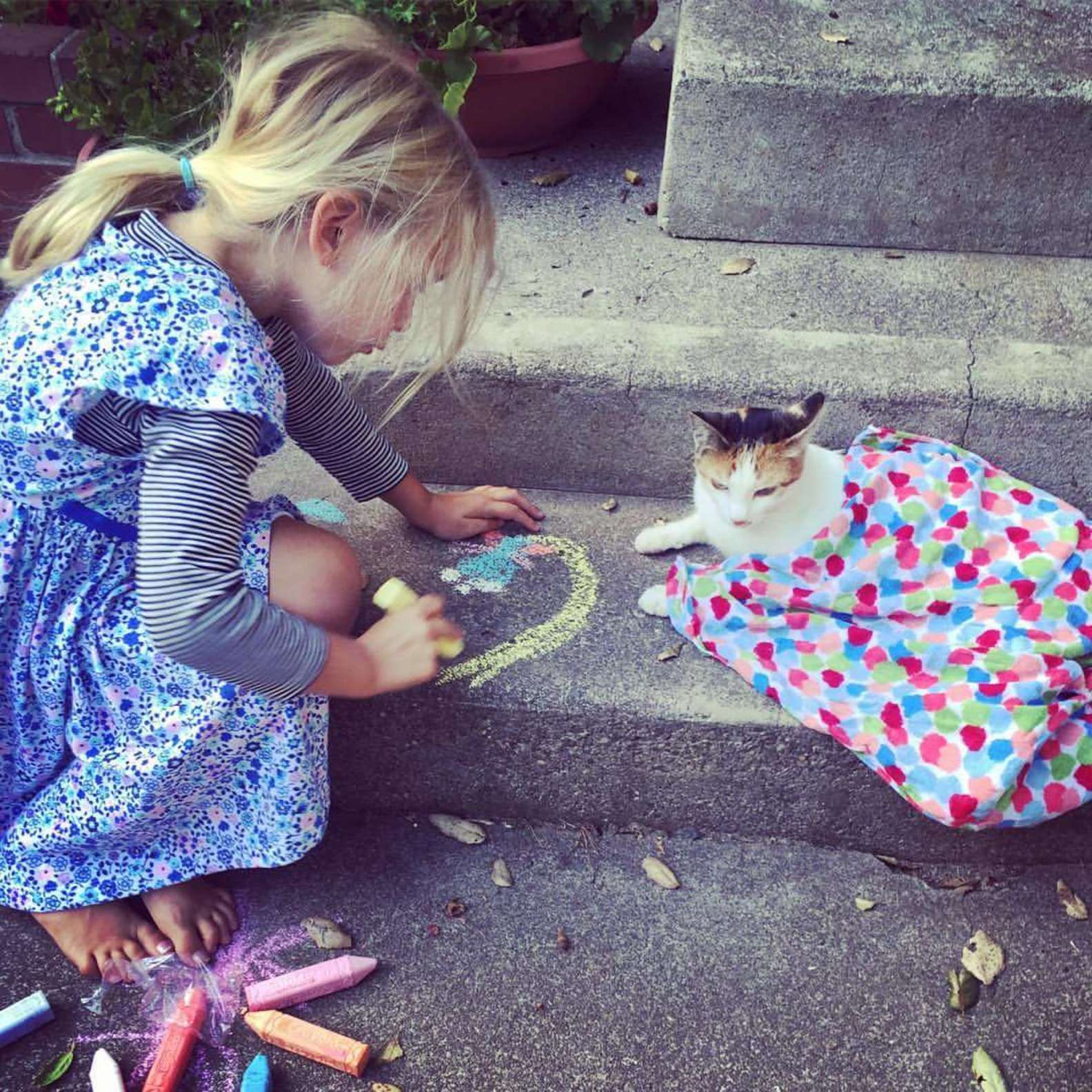 Ringenberger knew that Kitty Kitty Star was tough and resourceful, but she still worried. “I thought that we would never see her again,” she said.

The next day — Monday — was agony for Ringenberger and her family. While staying with friends in another part of Napa, they waited for news. On Tuesday, they got some — they were told that their house had burnt down. 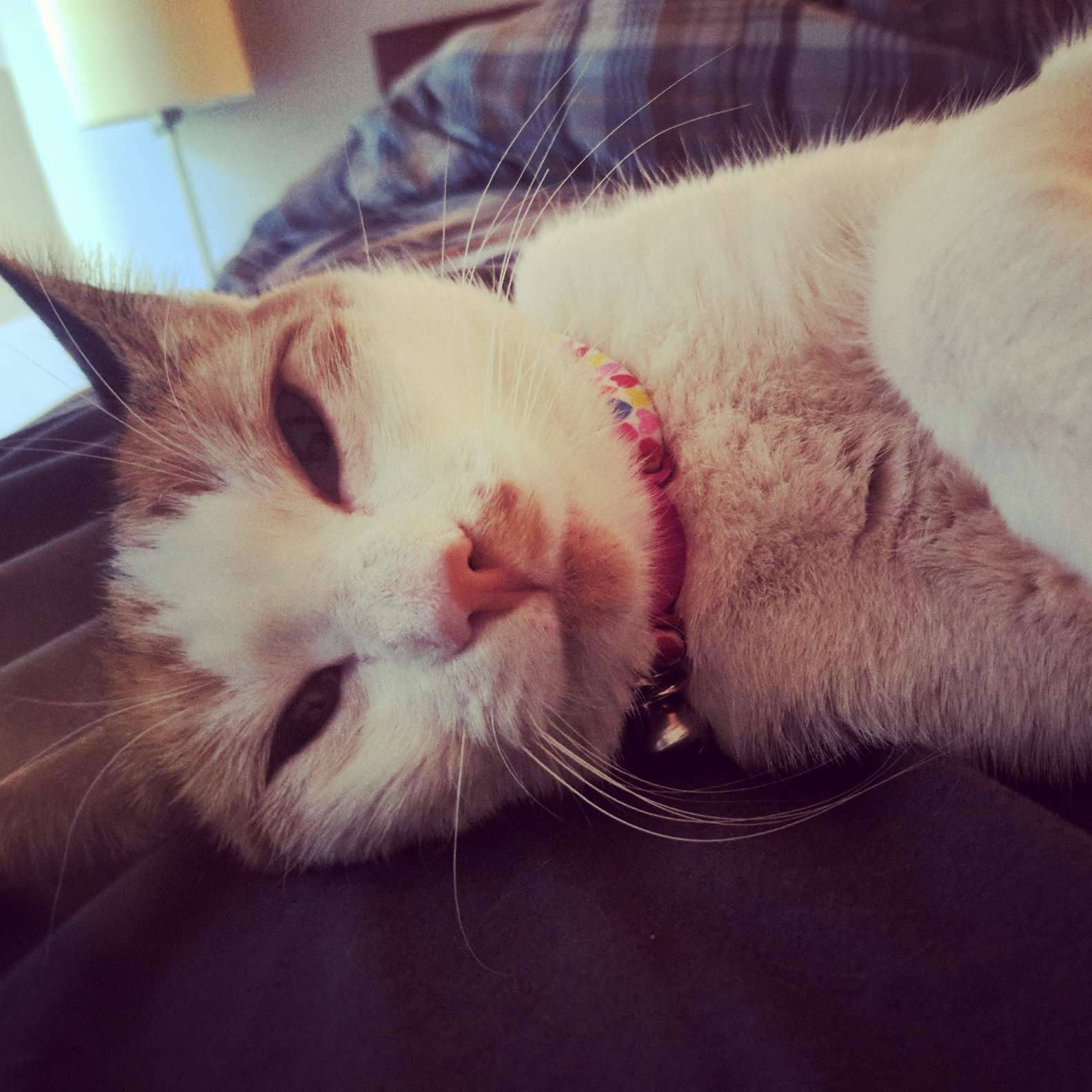 On Wednesday, Ringenberger finally got to go check out the house — or what was left of it. She’d run into a guy filming for ABC News, and asked him to take her up there.

Ringenberger immediately started calling out for Kitty Kitty Star. At first, they didn’t see or hear her. Then something magical happened.

“Far off in the distance, we heard her. ‘Meow, meow,’” Ringenberger said. “It was a moment of giddiness. I thought, ‘Oh my gosh, I can’t believe she got through all of this.’” 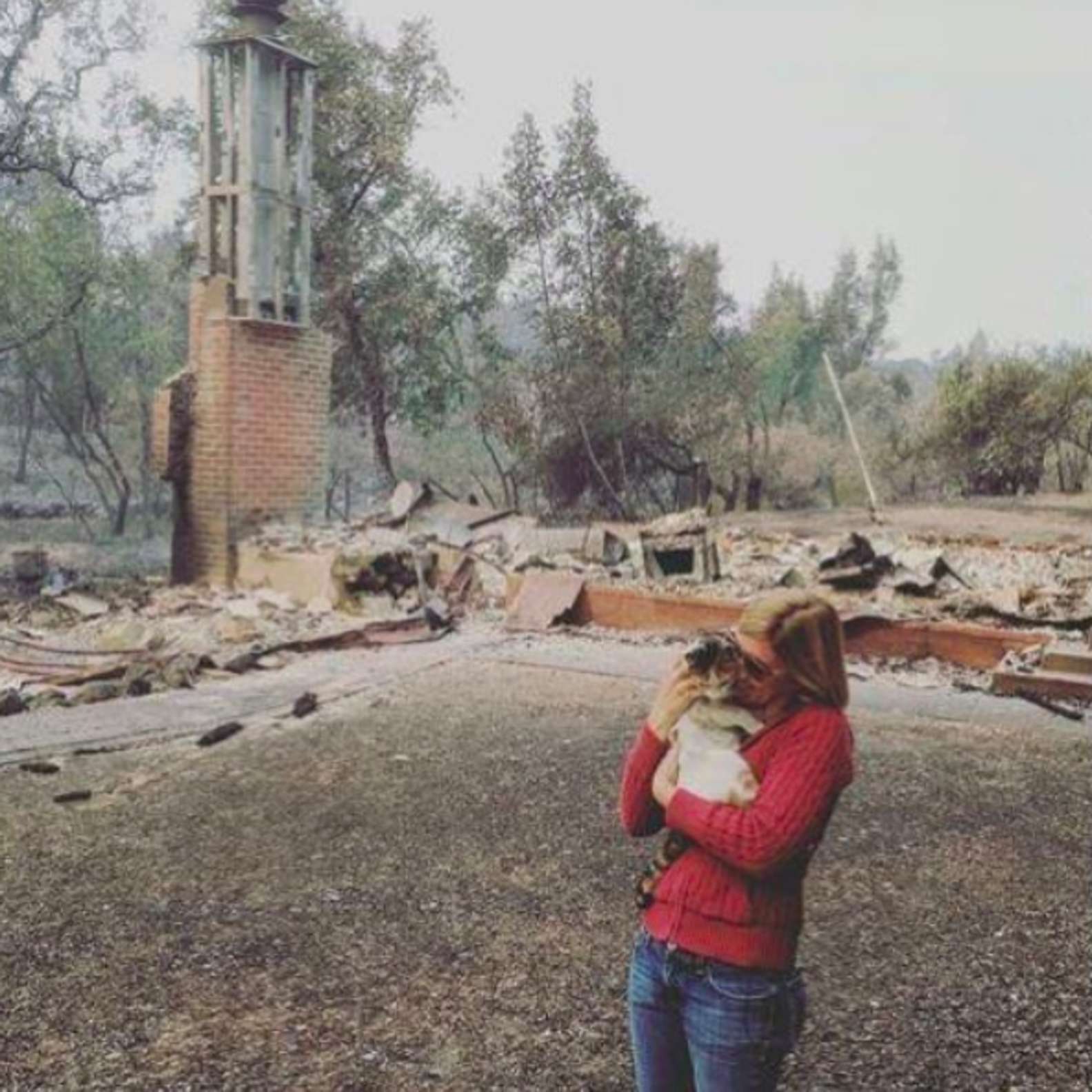 Ringenberger scooped Kitty Kitty Star up and held her in her arms. “You could tell that she’d been in the thick of it,” Ringenberger said. “She was all brown and smoky.”

But Kitty Kitty Star was alive — that was the most important part.

“On one end, there’s been so much devastation,” Ringenberger said. “On the other end, she’s safe.” 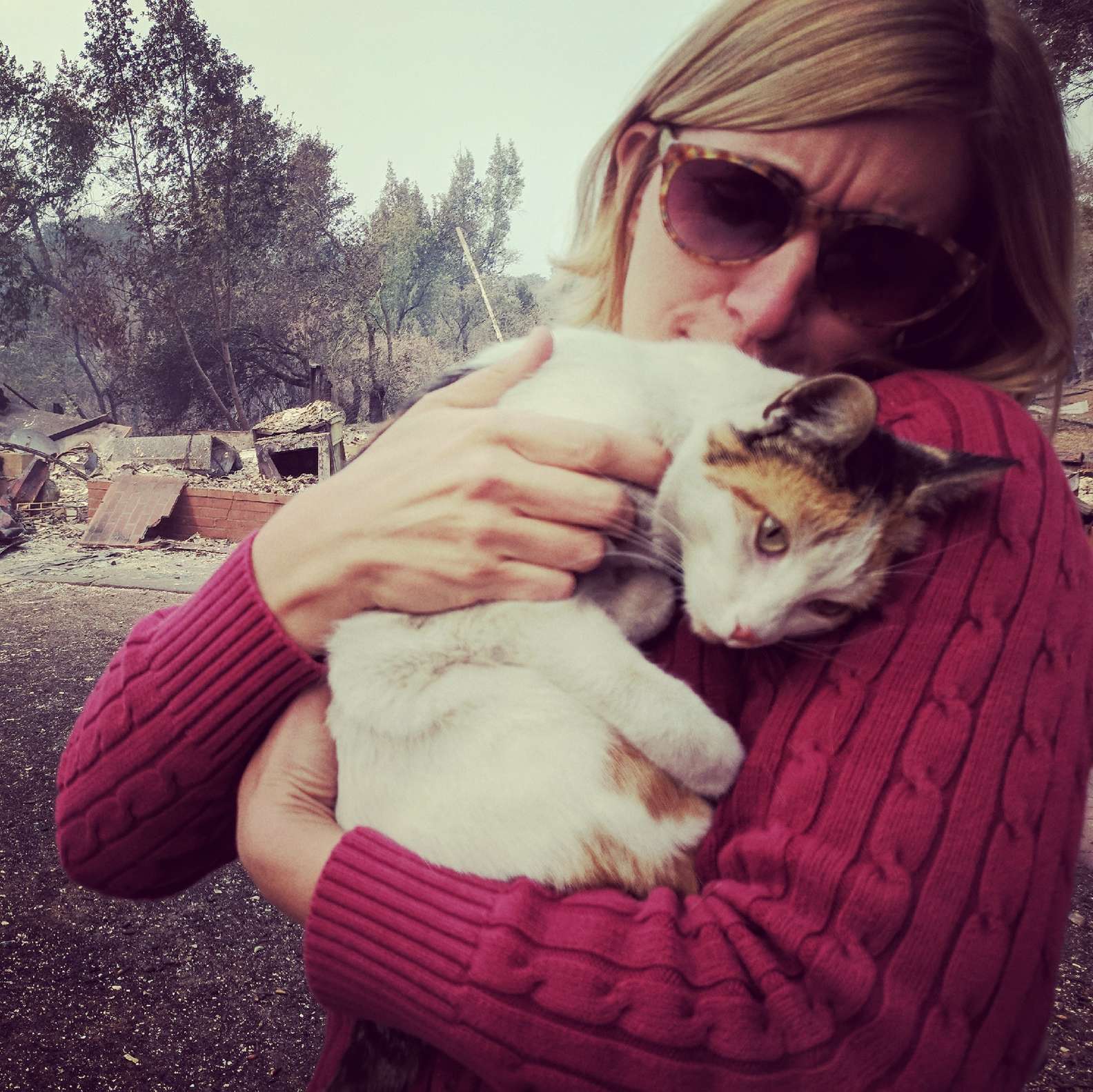 “I’ve never heard her more vocal,” she added. “That first day driving back, she just gave me the business all day long, as if she was telling me, ‘How dare you for leaving me,’ or ‘You wouldn’t believe what I saw.’”

Since losing their home, Ringenberger and her family have been staying in a friend’s empty condo in Lake Tahoe. 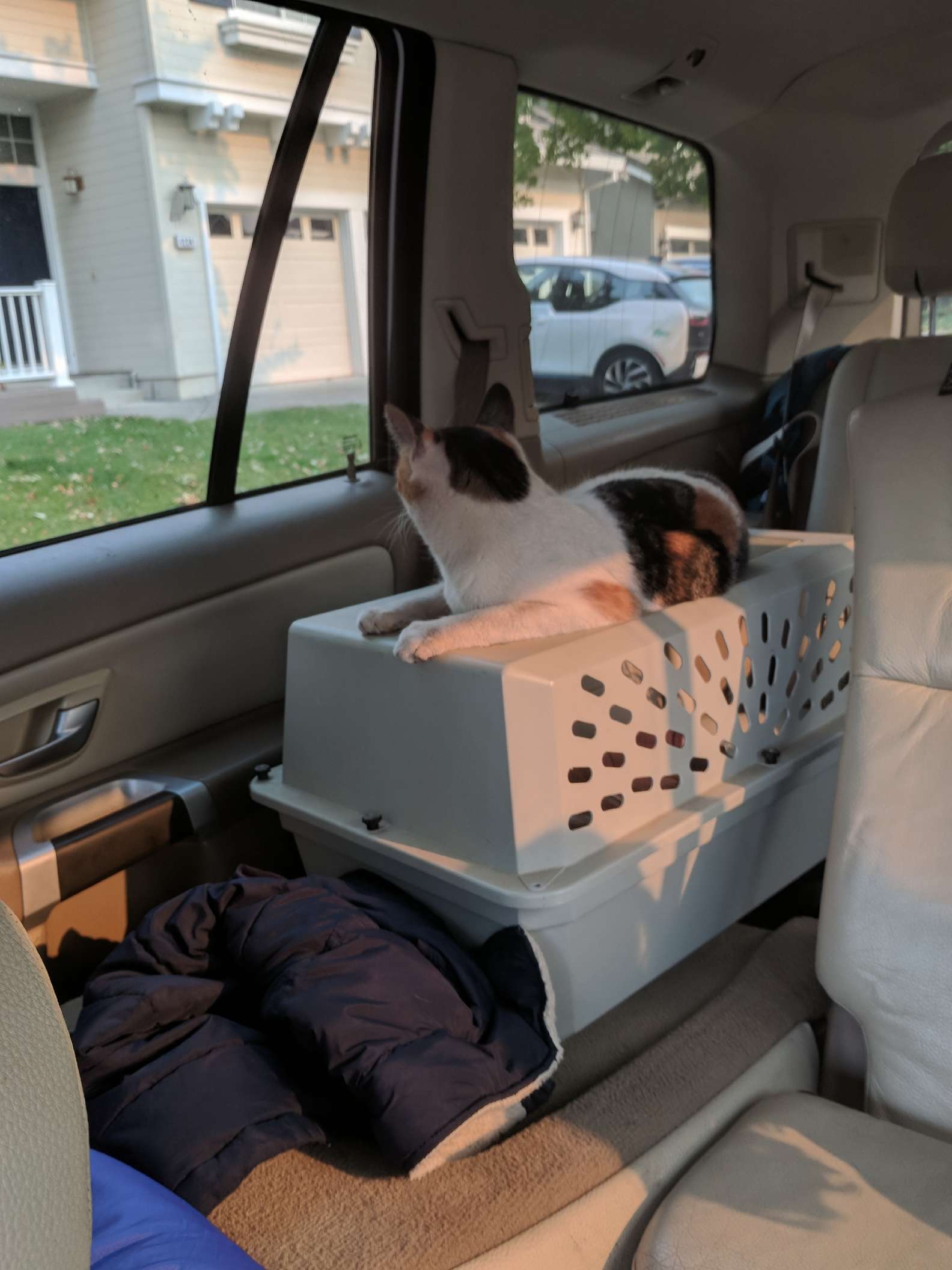 “Kitty Kitty Star is now an indoor cat, and my daughter’s really happy because that’s all she ever wanted,” Ringenberger said. 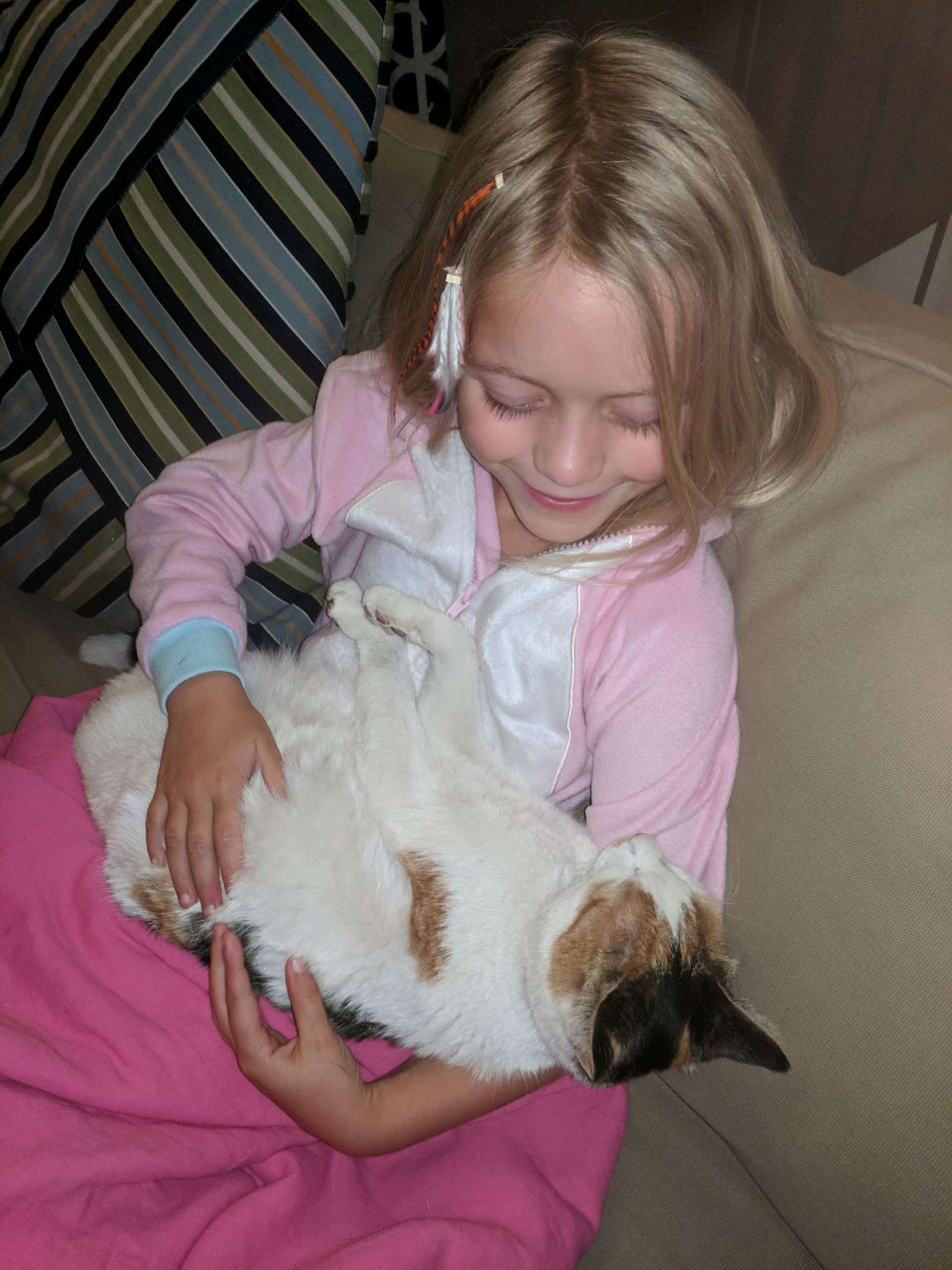 “This place where we’re staying has two flights of stairs, and she’s been bouncing up and down the stairs,” Ringenberger said. “She’s a very happy kitty. We woke up this morning, and she was curled up in bed with us, which was a sweet thing.”

For the moment, the future is uncertain for Ringenberger, Kitty Kitty Star and their family — but whatever happens, they all have each other.