When someone first spotted Basil the fox, he was limping around in broad daylight and clearly had an injured foot. Not wanting to leave him suffering, the concerned passerby contacted a known wildlife rescuer to see if he could help. 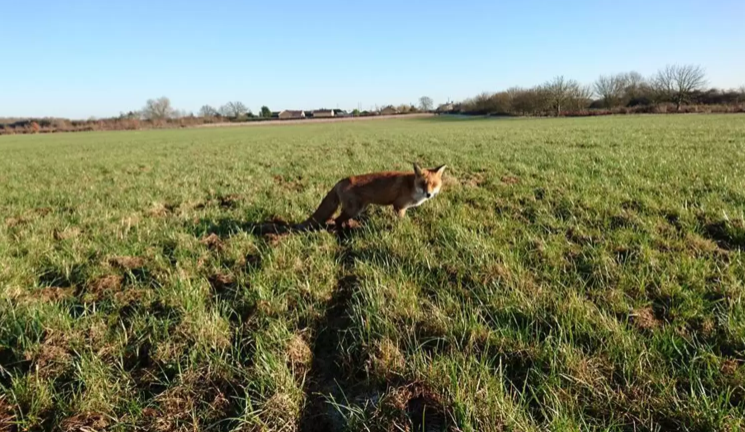 The woman gave Dan Martin the fox’s location, which turned out to be only three minutes away from where Martin worked. Armed with a soft towel, Martin quickly located Basil and could see that he was desperate for help. He approached him slowly, trying to earn his trust, and it only took about 20 minutes before Basil allowed Martin to get close to him.

“I slowly pointed at his foot repeatedly so he knew what I was there for,” Martin wrote on his Facebook page. “After a brief discussion with him (I was doing all the talking) about what the plan was, I gently wrapped the towel around him and scooped him up with no fuss whatsoever.” 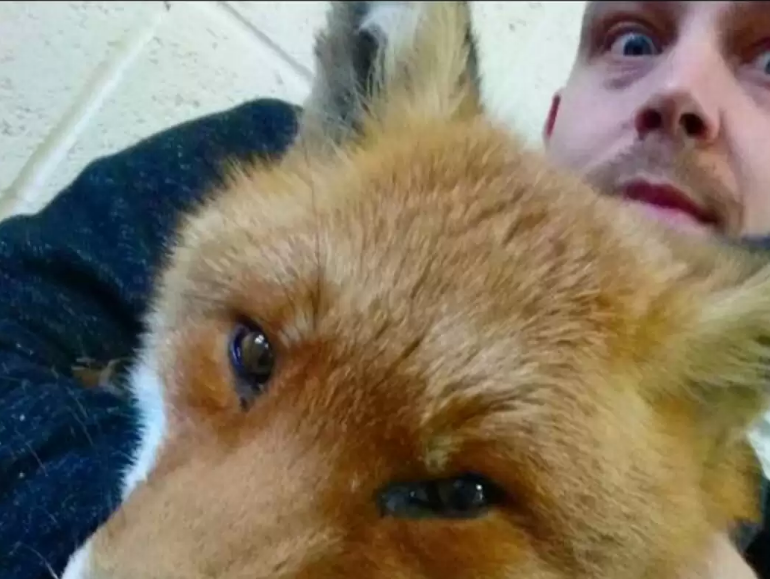 Martin wasn’t able to get a vet appointment for Basil until the next morning, and so he took the injured fox home with him for the night to keep him safe until he could be examined. He spoiled Basil with treats and gave him a warm place to sleep, and the next day Basil woke up in much better spirits, eager to greet his new best friend.

“He became amazingly cuddly,” Martin told The Dodo. “I can only assume he was grateful for the help and all of the treats he had the night before.” 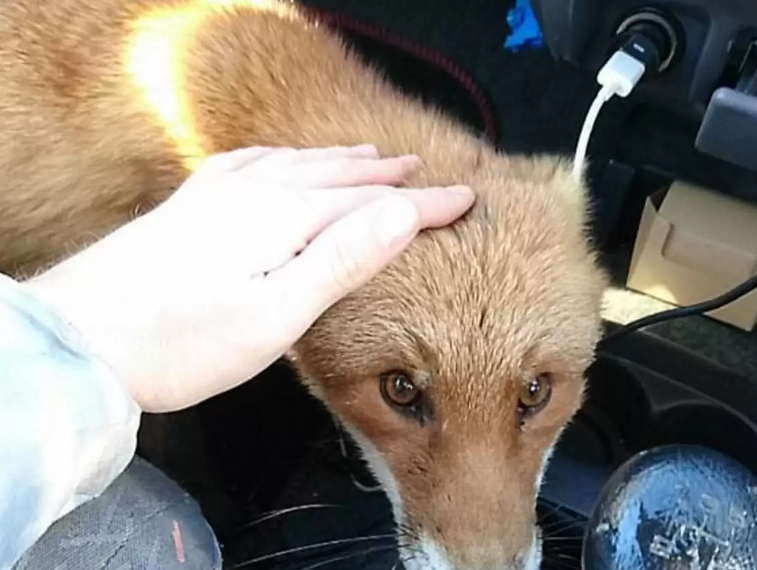 Martin drove Basil over to the vet’s office and waited with him until it was his turn. While they waited, Basil continued to cuddle him and show him love, clearly so grateful to Martin for rescuing him.

After examining Basil, the vet determined that his injury was most likely caused by a shotgun, and, unfortunately, his leg would need to be amputated. The vet also suspected Basil may have been bred in captivity because of how friendly he was. Even though his job was technically done, Martin was reluctant to leave his new friend, and decided to keep him company a little while longer. 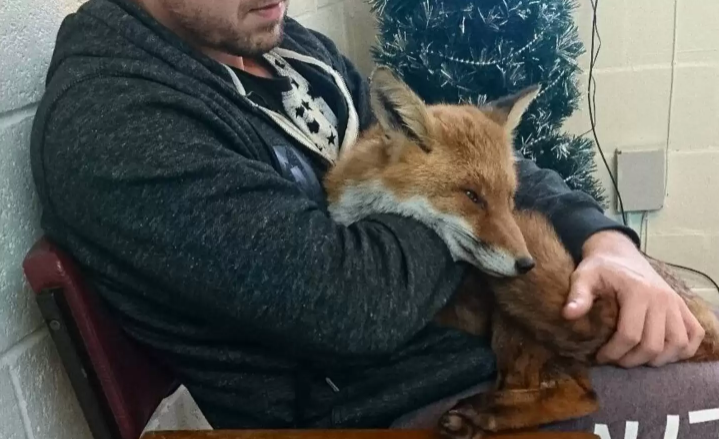 “He was so cuddly with me I opted to stay with him for the hour-and-a-half wait for his surgery, which he seemed really happy about,” Martin said. “I was even there as he drifted off to sleep on the operating table.”

Basil was taken in by the National Fox Welfare Society. His surgery went incredibly well, and he’s currently recovering and resting while his rescuers figure out a long-term plan for him. Martin has continued to keep tabs on Basil, and he’ll never forget all the cuddles Basil gave him after saving his life.

“I really hope to see him again,” Martin said. “I’ve been following his progress on their web page, and he’s clearly the most handsome fox there.”