This little blue penguin, found alone on a beach in New Zealand, wasn’t able to communicate directly with folks passing by to ask that they respect his space — so a few kind people stepped up and posted that important message on his behalf. 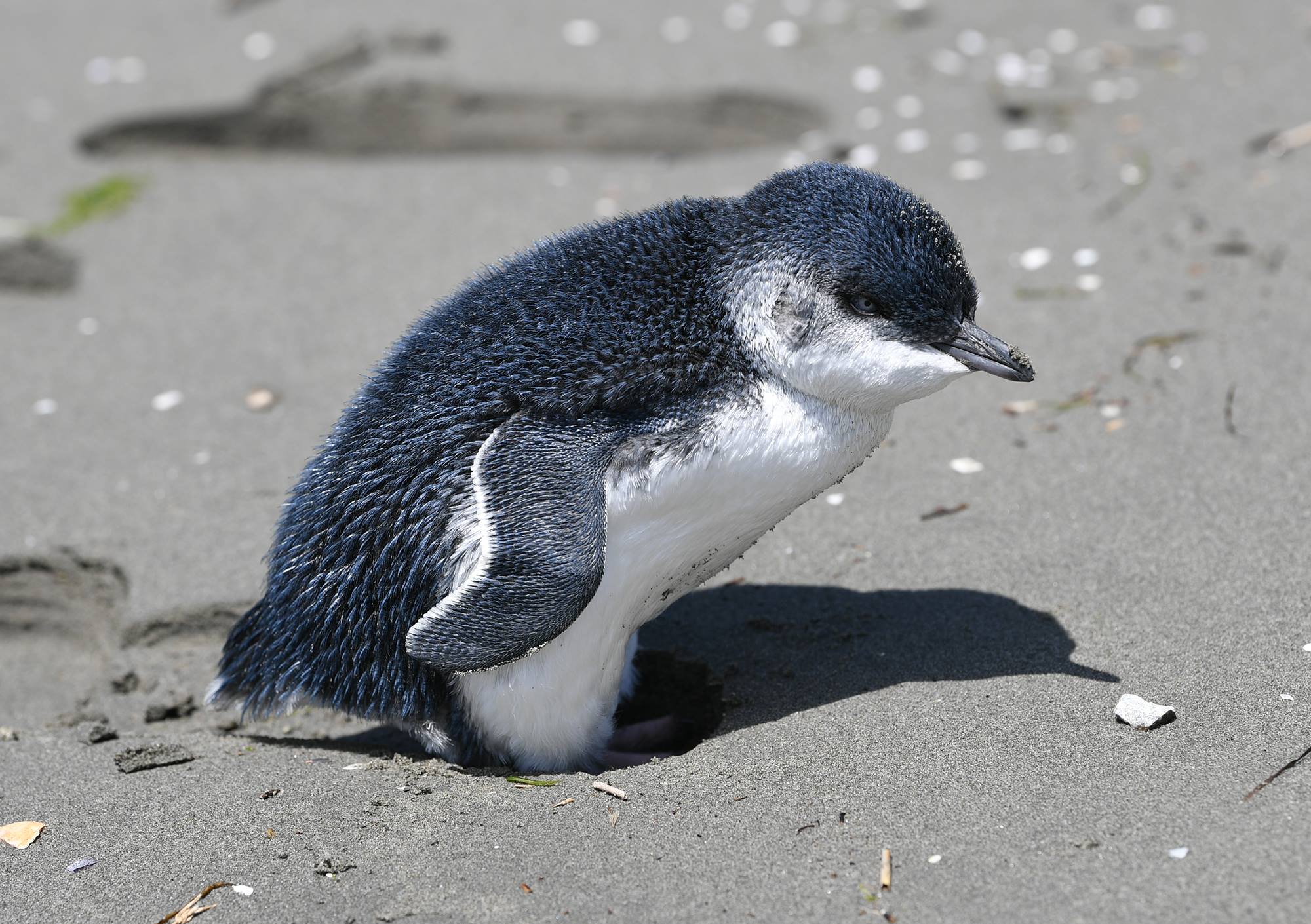 Jeff Mein Smith tells Stuff.co.nz that he’d first noticed the tiny flightless bird standing in the sand while passing by a stretch of coast on his bike in Christchurch. Evidently, he was not the only one. A crowd had gathered around, and apparently some of the people weren’t doing a good job restraining their dogs.

Upon returning to the spot later on, Smith discovered that a couple had planted a cardboard placard next to the penguin to deter people from getting too close, or letting their pets bother him. 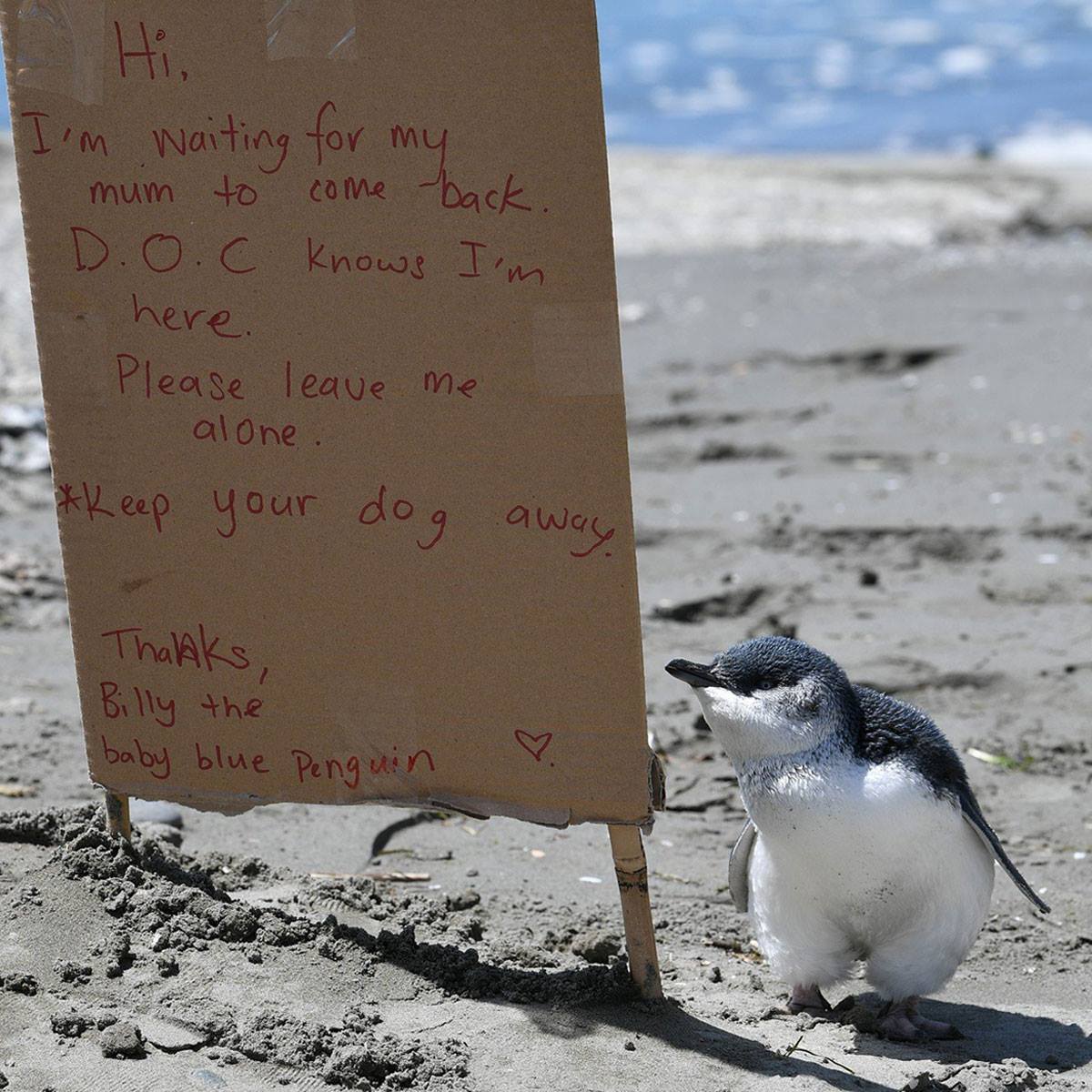 The sign read: “Hi, I’m waiting for my mum to come back. [New Zealand’s Department of Conservation] knows I’m here. Please leave me alone. *Keep your dog away. Thanks, Billy the baby blue penguin.”

Conveniently, the penguin remained close by, making it clear that the sign spoke for him.

(It was pretty darn cute.)

Although Billy the penguin may have indeed been waiting for his mother to return, wildlife officials determined that, at around 2 months of age, he was likely too old to still be a dependent. So, the next day, they stepped in to offer the little bird a helping hand. 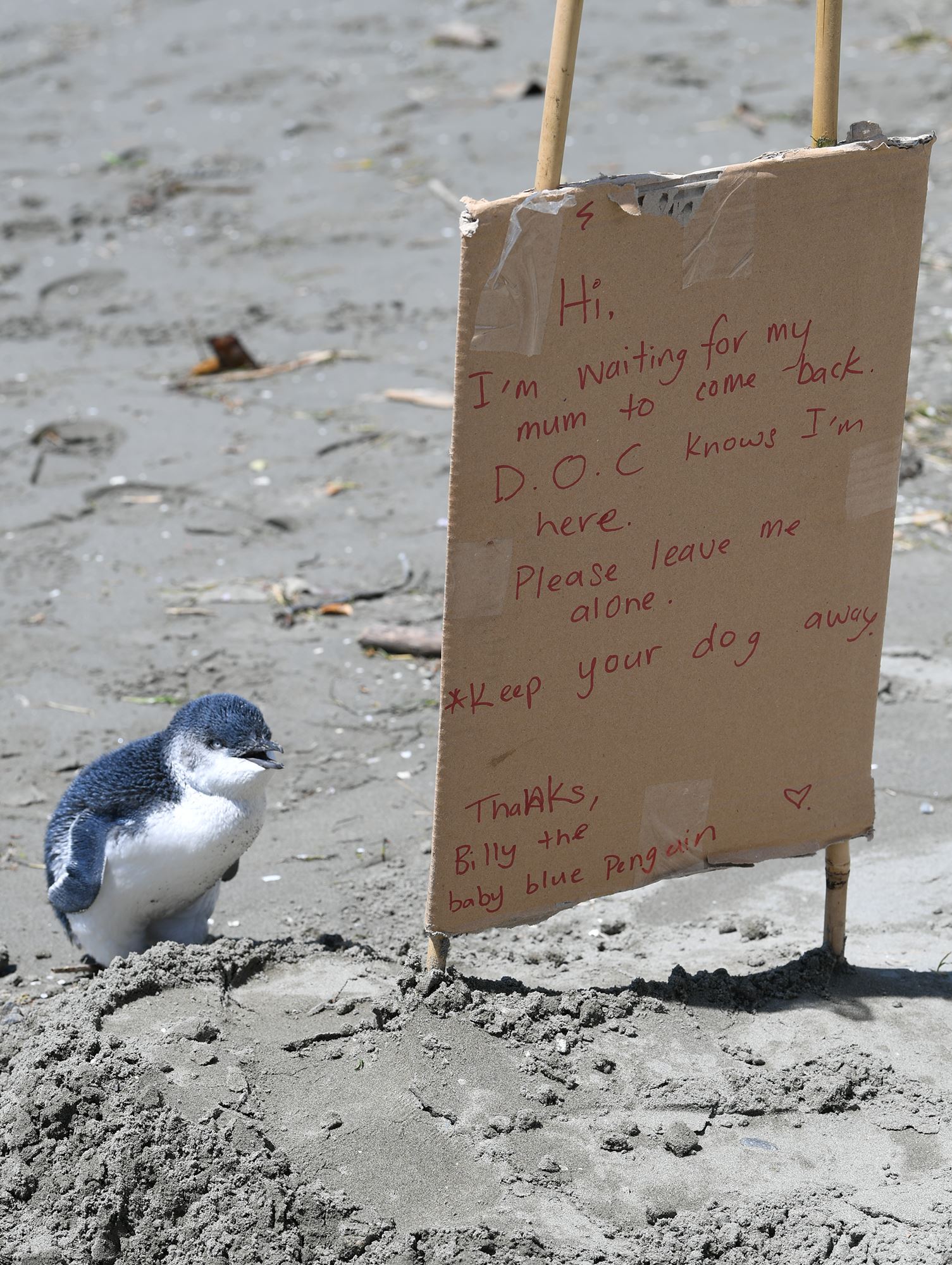 Turns out, he (or possibly she) did need it.

Billy was found to weigh just 550 grams — 350 grams short of what is considered a healthy weight. But the bird’s new caretakers at Christchurch Penguin Rehabilitation are now providing plenty of food to turn things around.

With any luck, in the next few weeks, Billy will be big and strong enough to be released back into the wild.

Little blue penguins, the smallest penguins on Earth, are a protected species in New Zealand. The Department of Conservation urges residents to keep the birds safe by maintaining their distance and not allowing their pets to bother them — which makes the sign Billy received all the more fitting. 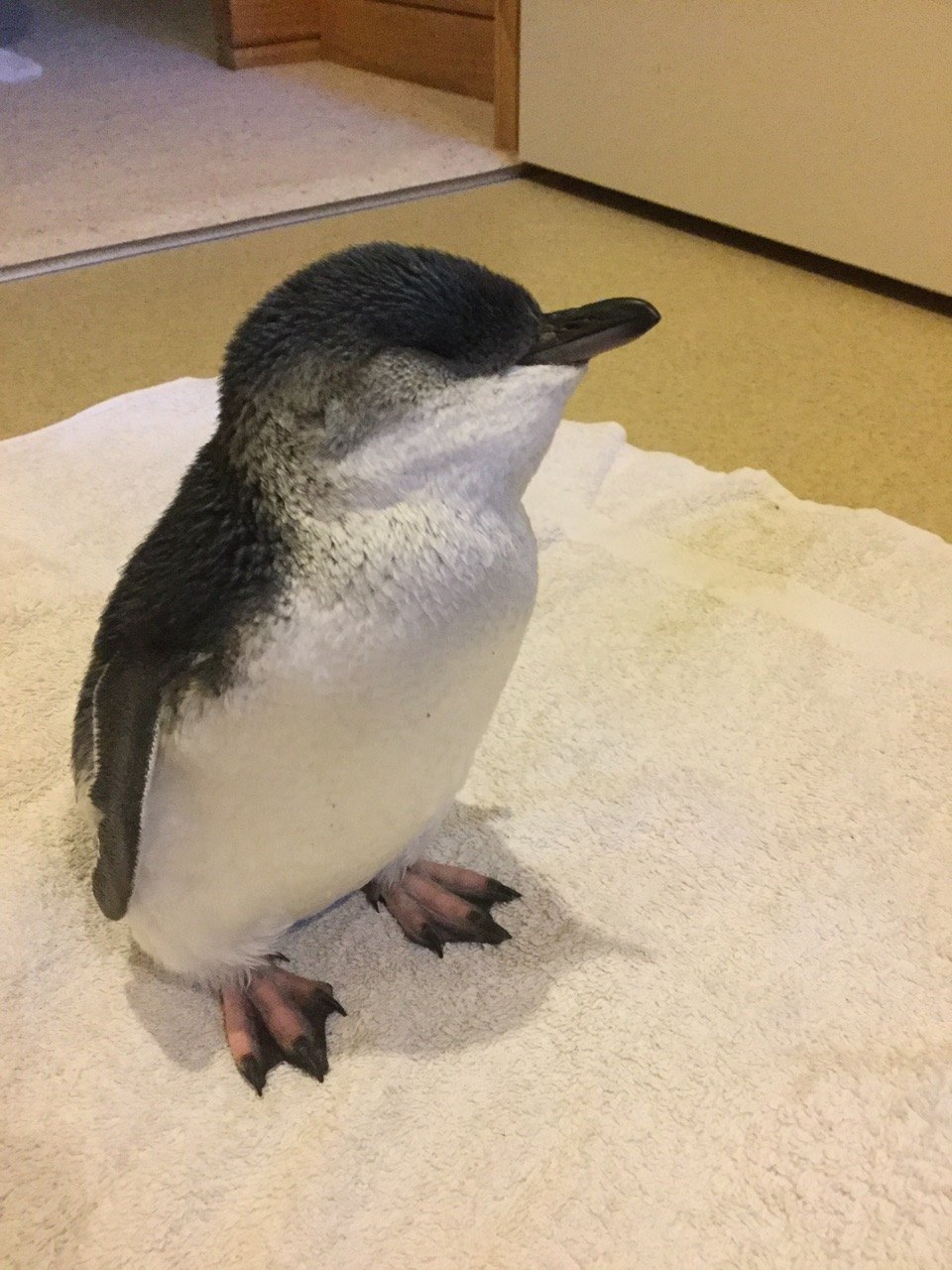 And though it might not be spelled out, Billy is thankful for that kind gesture, no doubt.