It’s the stuff of nightmares and viral videos: A giant spider drags a dead mouse up the side of a refrigerator, presumably to eat it.

Jason Womal filmed the enormous arachnid’s feat of strength at his neighbor’s home in Coppabella, in Queensland, Australia. Womal was on his way to work, but stopped long enough to take video of the spider scuttling up the refrigerator with its prey and post it on Facebook.

The creepy crawly video has been seen more than 13 million times.

Womal also took still photos of the spider, known as a “huntsman” in Australia and as a “banana spider” elsewhere, according to TampaBay.com.

Huntsman spiders normally feed on insects and invertebrates, according to the Australian Museum. Experts said they doubted the spider killed the mouse.

Graham Millage, manager of the Australian Museum’s arachnology collection, told The Guardian that while it is unusual for spiders to target vertebrates, it’s not impossible.

“This is the first time I’ve seen one catch a mouse, but I have seen huntsmen catch geckos,” Millage said. “I’ve seen a red back spider catch a snake in its web, I’ve seen a golden orb spiders catch birds.”

“I would be very surprised if a huntsman would attack a mouse,and even if it did, that the venom would be sufficient to kill it fast enough for the spider to still have hold of it,” Smith told The Guardian. “I am a also suspicious because the mouse’s tail looks quite stiff ― as though it has been dead some time.” 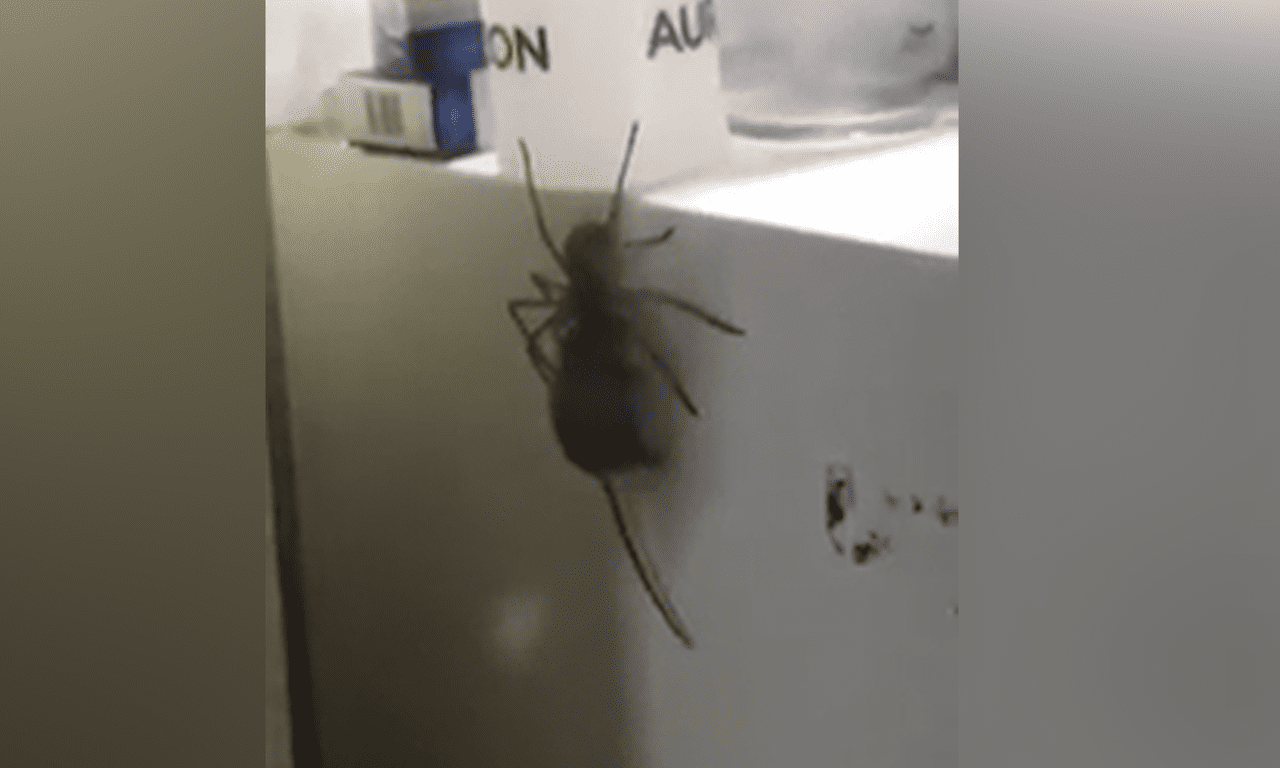 Womal posted on Facebook that he has adopted the spider and named it “Hermie.”

“He is now running his own extermination business out of our town, Coppabella,” Womal wrote. “Oh and he is now paying rent. Lol.”